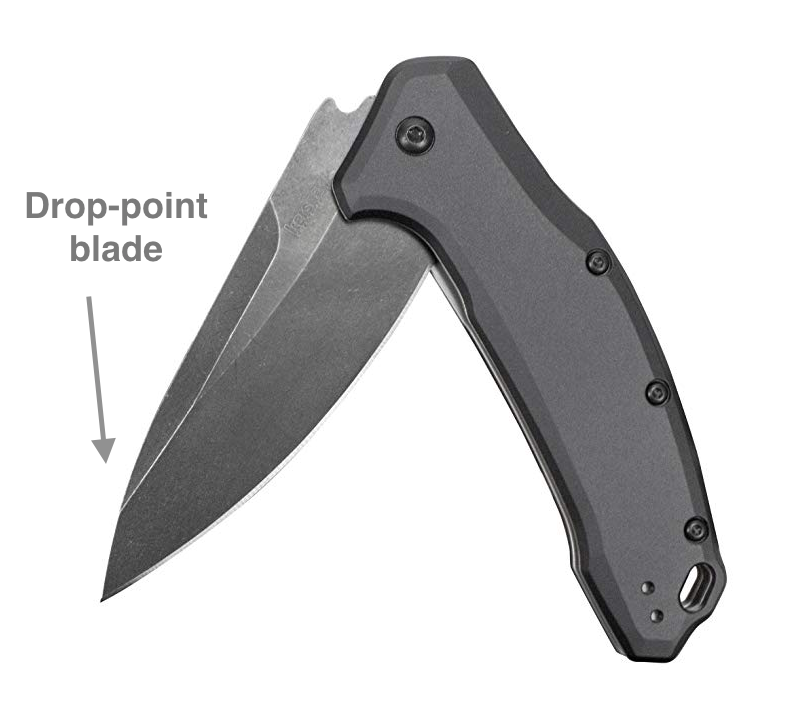 The first knife blade type is a very common one for general use or everyday carry knives: the drop-point blade. This blade features a slope along the spine (top of the blade) that goes downward as you approach the tip of the blade. The drop-point, as opposed to the normal blade, helps avoid unintended punctures with the tip of the blade since it is placed at a less severe angle. The example above is the Link by Kershaw. 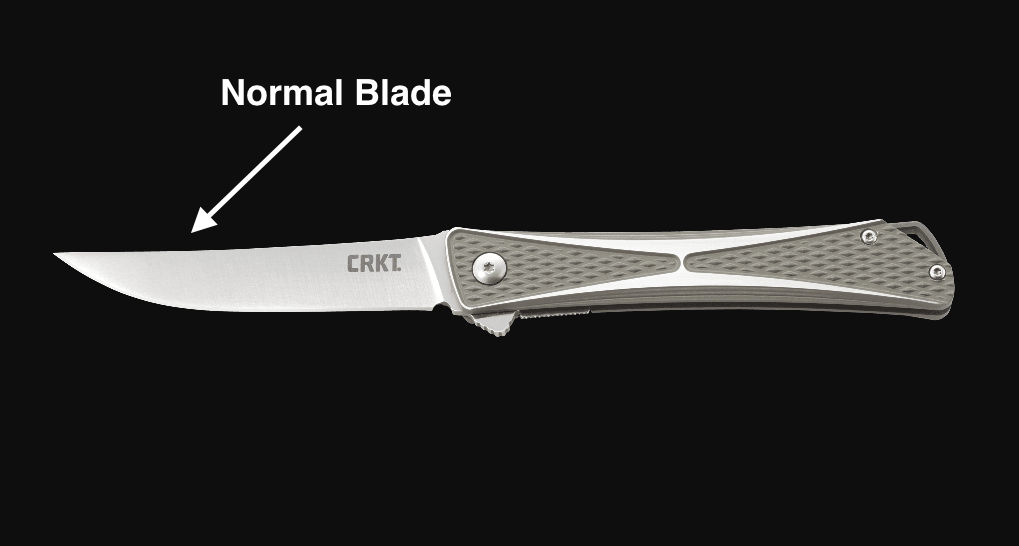 The next blade type, as illustrated above by the CRKT Crossbones, is the normal type. This is a basic blade that is mostly seen in kitchen cutlery but has its place in pocket knives as well. It’s a shape that is well-suited to a thrust cut, as the sharpened edge of the blade makes contact with the material to be cut throughout the motion. 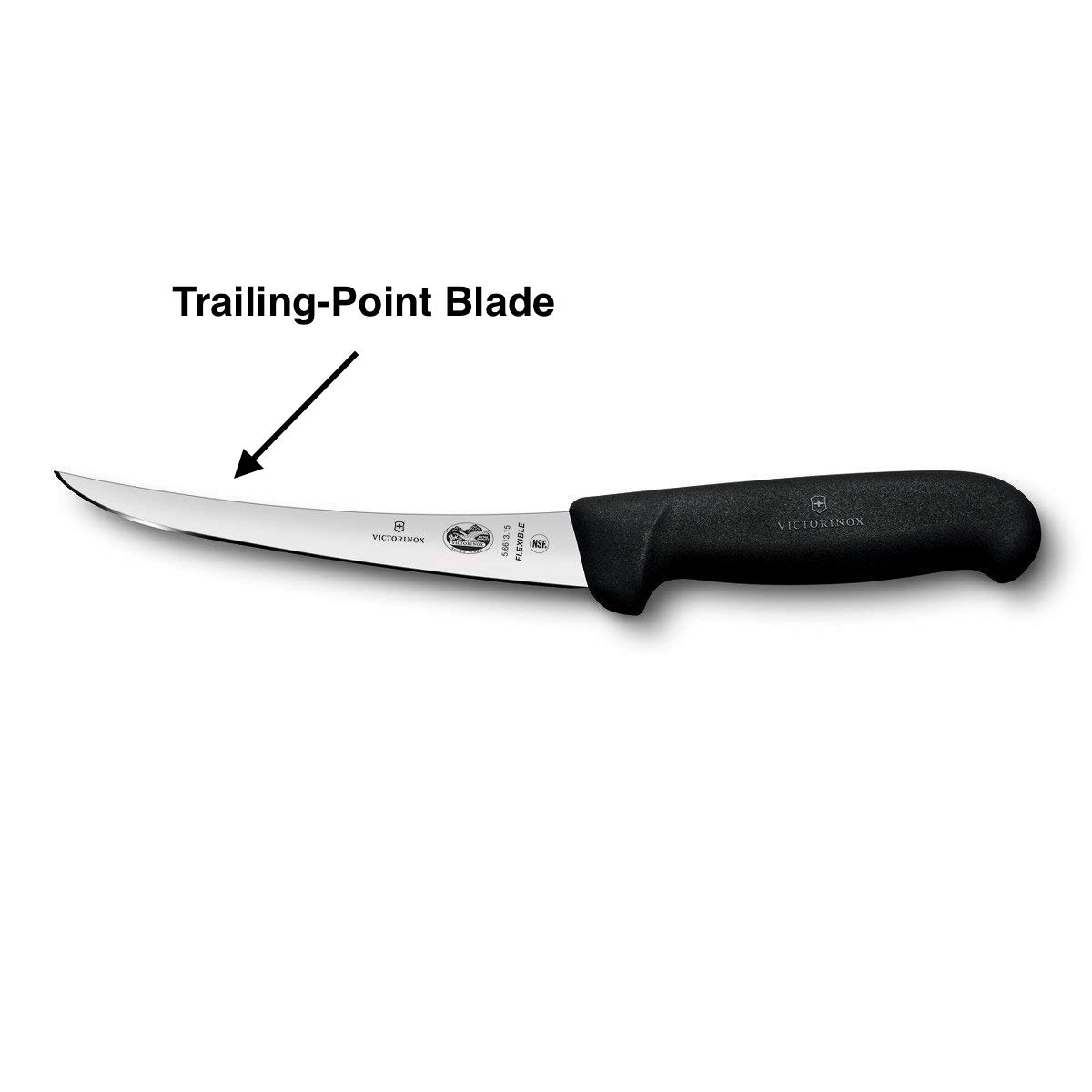 A trailing-point knife blade has a large belly (or cutting surface) and curves upward towards the point of the blade. A trailing-point knife is optimized for slicing and is commonly used as a skinning knife. The example for this blade type is Victoronix’s Fibrox Pro, which we selected as our best knife for processing a deer. 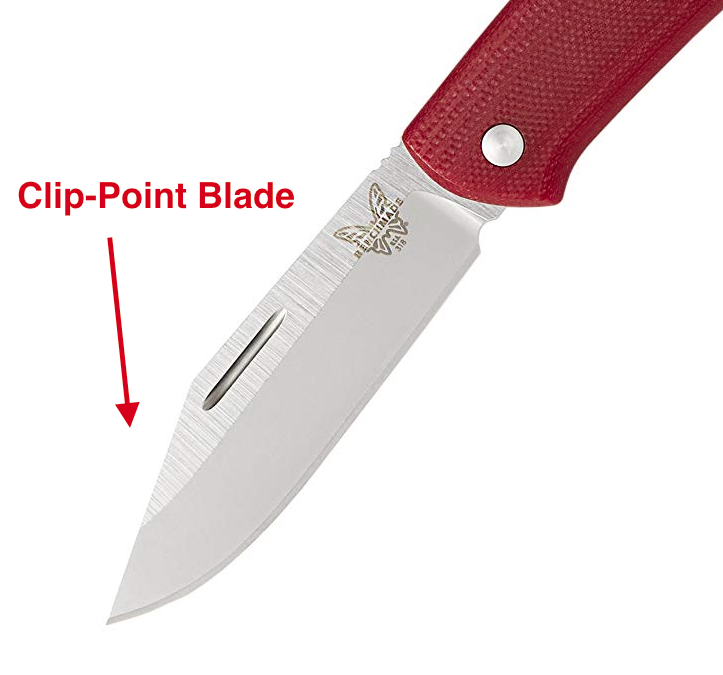 The fourth blade type is the clip-point. The Benchmade Proper above is a good example of a clip-point folding pocket knife. It has a straight or concave angle on the spine near the point of the blade. This top portion, or clip, can also be sharpened to increase the cutting area of the knife blade. Sharpening this area can improve the piercing abilities of the knife. The clip-point is a standard blade type common to many fixed and folding blade knives. 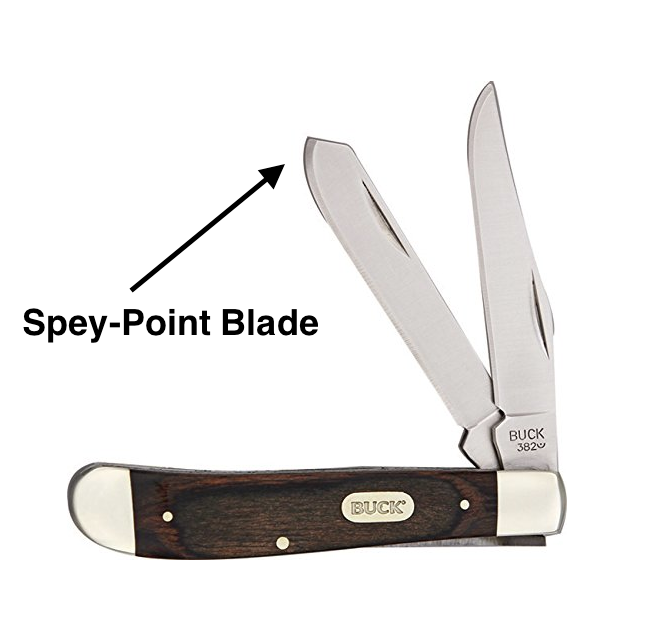 Another blade type is the spey point. A spey-point blade is characterized by cutting edge that curves suddenly upwards as the blade comes to a point. This shape is good for avoiding accidental punctures and has historically been used for neutering livestock. It is also popular blade type for skinning furbearers when included on a Trapper-style pocket knife, like the Buck Trapper pictured above. 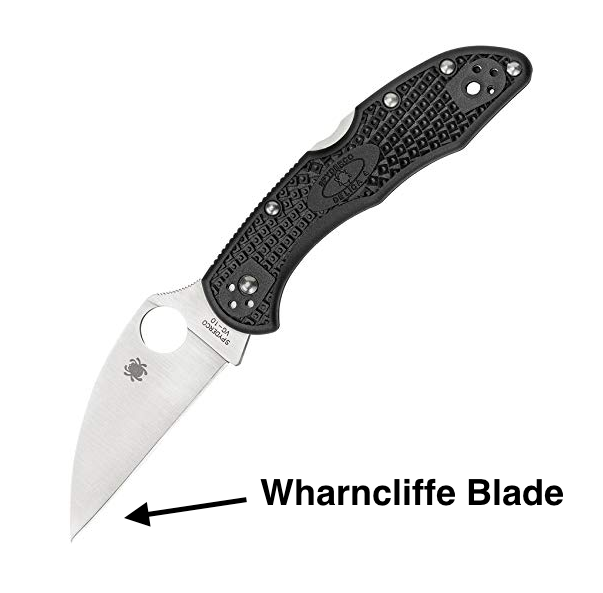 The Wharncliffe was popularized by sailors, as the shape and gradual slope of the blade spine discourages accidental cutting with the motion of a ship or boat. Wharncliffe blades are generally thicker than the average knife of the same size. The knife above is the Spyderco Delica 4, a good example of the Wharncliffe blade style. 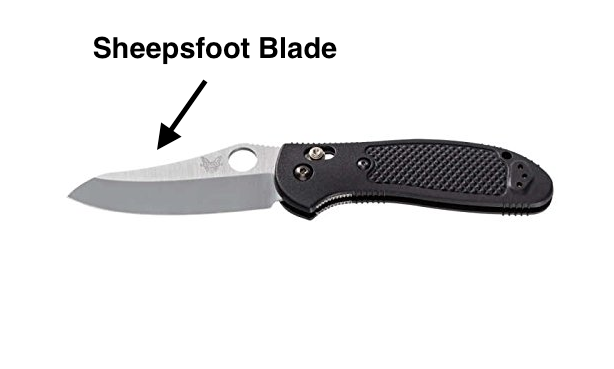 Another blade type is the sheepsfoot. Although many people think the shape of this blade type gives the sheepsfoot its name, it is actually named after its use: trimming the hooves of a sheep. The spine’s blunt, dropped angle gives a good purchase for holding the blade while doing this job. The Benchmade Griptilian 550HG can be had with the sheepsfoot style blade.

The tanto blade type was inspired by a Japanese design and made popular in the 1970s by Cold Steel. It was designed to be good at stabbing, with the edge rising sharply upwards as you reach the tip of a tanto blade. This shape was supposedly good for puncturing armor, as well. The Westernized tanto blade generally has a sharper angle when this rise begins, where a more traditional Japanese tanto blade exhibits a subtle sweep up. The example of a tanto blade type above is a Sog Flash II.