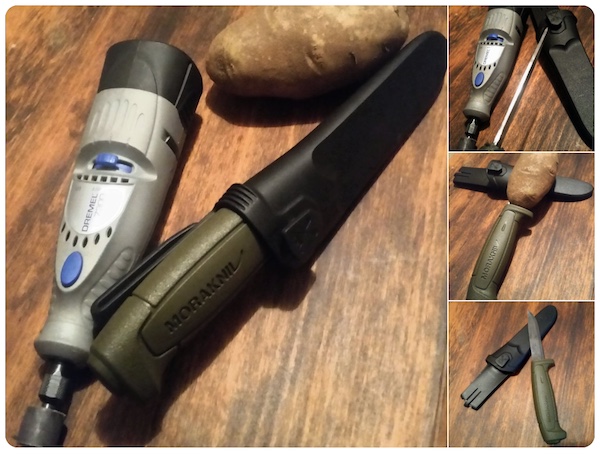 Jesse Remington (@CaveBear86) tweeted about the first thing he does when he gets a new Mora Knife (because as cheap as they are on Amazon, who doesn’t have multiple?):

Whenever I get a new Mora, I always use a Dremel, and put a 90° spine on it. Now it can strike a ferrocerium rod. If it's carbon I stick it in a potato for a few hours to get a good patina on the blade to prevent rust.